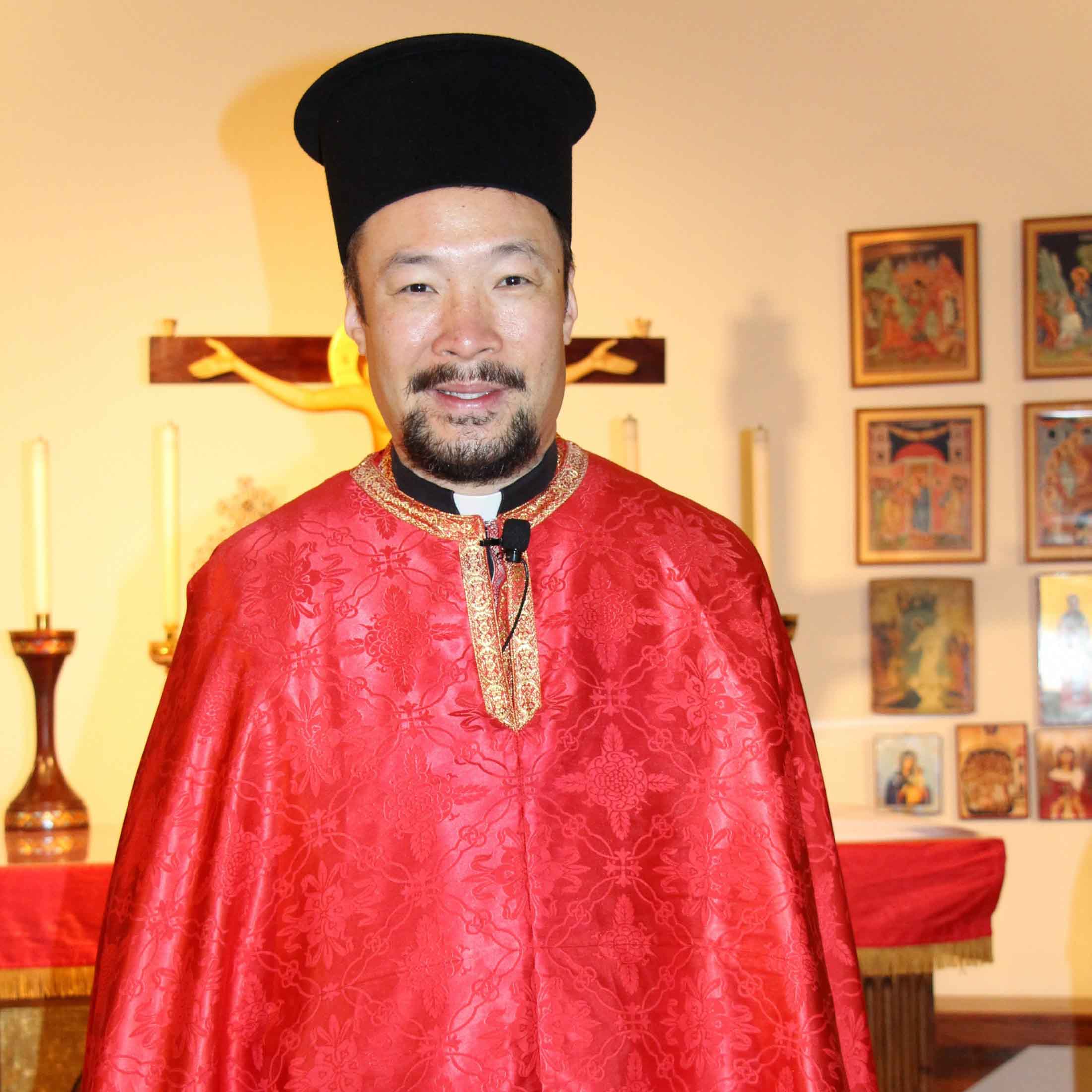 Fr. Alexander was born in Sacramento, California. When he was seven, his family settled in South San Jose where Fr. Alex completed his primary and secondary education.

At the age of 15, Fr. Alex and his stepfather, his mother and his three siblings, encountered the Orthodox Faith. The following year, Fr. Alex was chrismated at St. Nicholas Greek Orthodox Church in San Jose by Fr. Paul Palesty, who became his spiritual father, mentor and inspiration.

Following graduation from high school, Fr. Alex enrolled at Hellenic College in Boston. With a bachelor's degree, Fr. Alex entered Holy Cross Greek Orthodox School of Theology, from which he graduated 1991 with a master's of divinity (M.Div.).

While still a layman, Fr. Alexander was chanter at Annunciation Cathedral in San Francisco until August, 1996.  For the next two years, he became a student life coordinator at St. Basil Academy in Garrison, New York. At the same time, he was a choir director and an instructor of religion at Zoodochos Peghe Church in the Bronx, New York.  In the fall of 1998, he moved back to California and became a lay assistant at St. Nicholas Church in San Jose.

On September 25, 1999, Fr. Alexander married Hiroko (Nicole) Kumasaka from Tokyo, Japan. He was ordained to the diaconate on Sunday, December 26, 1999, by Metropolitan Anthony of blessed memory, at Annunciation Cathedral in Sacramento, California. On February, 20, 2000, he was ordained to the Holy Priesthood by Archbishop Demetrios of America, in San Jose.

Fr. Alexander served as assistant priest at St. Nicholas Church in San Jose from 2000 to 2004 under the guidance of Fr. John Asimacopoulos, of blessed memory.  He was assigned to Ss. Constantine and Helen Church in Vallejo, California in September of 2004 and served there until August 2013.  Fr. Alexander was then reassigned to Ss. Constantine & Helen Greek Orthodox Cathedral of the Pacific in Honolulu, Hawaii in September of that year. The priest in charge of a cathedral is often called the dean. Fr. Alexander and Presbytera Nicole have three children: Peter, Joanna, and Paul.